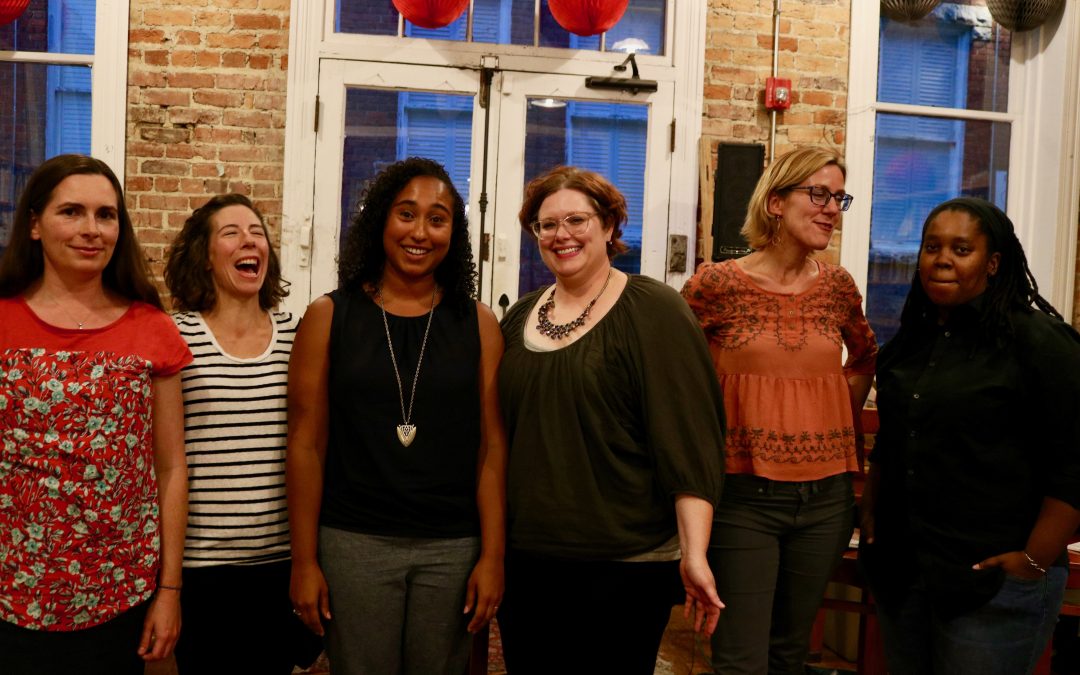 It was an evening filled with insights into the creative writing process and, for panelist Ashley Lumpkin, performance and creative writing; experiences that came from a varied and accomplished group of women. They shared their struggles balancing family expectations, the role gender plays in how they carve out time, and even the considerations that come into their decisions on how to present their work. I left with a lot to think about as I consider my own writing and where I will go next. I want to highlight a few of the conversations that are rattling around in my head.

Krista Bremer brought up a quote very roughly paraphrased from author Rebecca Solnit’s work, “Women writers are often either stumbling around in the woods or staying too close to the highway.” Bremer talked about how being lost can be the hardest and the softest place to be, a paradoxical place to arrive.

Ashley Lumpkin agreed that writing is both a soft and a hard place. She believes that after you tell your story, readers and listeners will hold place for you. Naima Coster talked of how when she writes, “I never lose myself. Writing is where I play out my relationship with myself.” Deonna Kelli Sayed added, “Imperfection is a state of being.” Tita Ramirez picked up on the metaphor of the woods and the highway when she said, “having that gas in the car when it is going right keeps you going.” Susan Kirby-Smith contributed that “Intentions matter. The work has its own momentum.”

This is the fuel that keeps us going in our writing, whether we find ourselves lost in our thinking, finding our way to our true selves, or sticking to a well-marked highway hoping our fuel lasts.

Naima Coster spoke of points of access in her writing. She described the ways that publishers find writings about women of color connected to Ivy League Colleges more palatable than those of the everywoman of color’s life.

Who are we writing for, who is our audience? To me this is a question marginalized writers face in a way I imagine is more complex than writers in the dominant culture may consider, or they may just assume a position of privilege and dismiss it before it surfaces.

It comes back to Lumpkin’s thought that there will be a space made for her story. Bremer feels strongly that“the ability to write is a call to service, of speaking truth to tyranny.” Ramirez reflected, “I present honestly what I think we are and let the texts speak for themselves.”

Another question the panel discussed was how women writers, especially those with families, find the time to write. It pretty much came down to what Bremer said, “Grab what time you can to write in, whatever space works for you. Forgive yourself if you do not have consistency. There isn’t any one way to do it.” This echoes Sayed’s need to accept “imperfection” as part of writing.

Kirby-Smith leaves home to do creative writing, as I often do if I am pursuing academic writing, not because I have young children at home, rather because I am so easily distracted. Lumpkin finds after teaching, she simply reads more and relies on jotting down words as best she can.

I haven’t talked about how most of the writers read a sample of their work and how Lumpkin performed an amazing poem she wrote called “Bloody Sunday.” I left off the way the panelist seemed to genuinely like and support each other. I omitted the Q&A session where one man asked the panelists, “when you sit down to write, do you sit down as a woman or do you sit down as not a man?”

A shout-out to Deonna Kelli Sayed for organizing, promoting, and facilitating this event, and to Scuppernong Books for hosting the inaugural event of the Greensboro Bound Literary Festival. What an auspicious start! 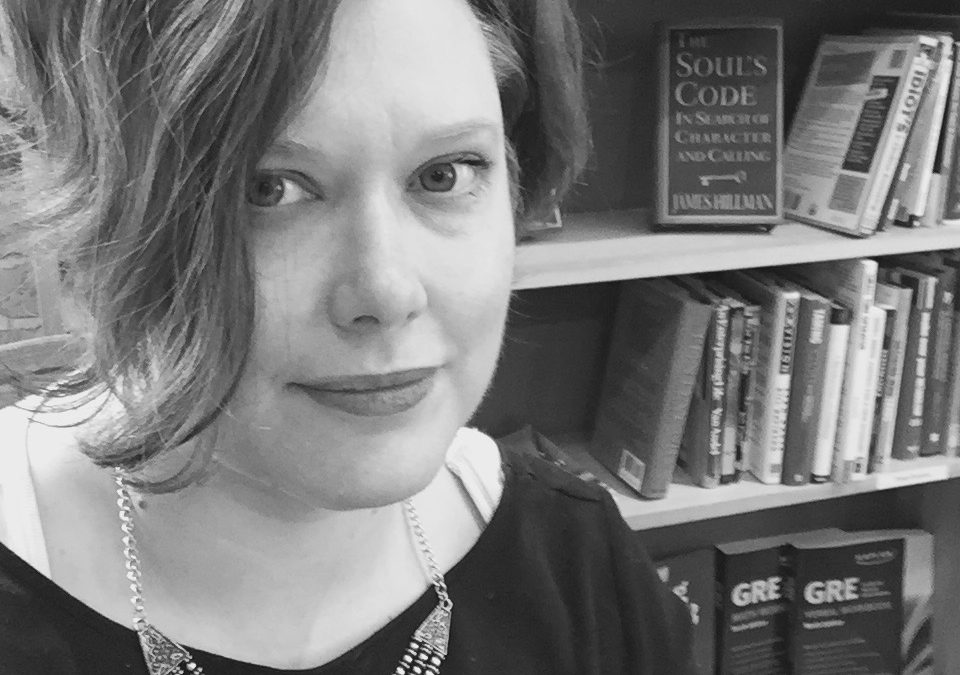 Greensboro is a writer’s city

If you throw a rock in Greensboro, you’ll hit a writer. That’s what they say.

It’s been that way for a long time. The writer that became O. Henry roamed downtown streets as a teenager and flirted with female students at what is now Greensboro College.  The M.F.A. program at the University of North Carolina in Greensboro is one of the nation’s oldest. Greensboro is also home to the iconic Unicorn Press, a poetry press that published poets like Thich Nhat Hahn and Philip Levine before people knew their names.

The state of N.C., likewise, is literary thick with Southern writers like Lee Smith and Wiley Cash, to voices like Zelda Lockhart and Maya Angelou.  The first slave autobiography written in America was from Bladen County-based Omar Ibn Said, a literate West African who remained in bondage his whole life. He wrote his story in Arabic.

In so many ways, NC is tethered to the world, then and now.

The state is a collection of voices and storytellers, a convergence of the Old and the New South. From the Smokey Mountains to the Outer Banks, writers are everywhere. If you move to the state, you might be — or become — a writer. You can’t help it. There’s something in the water. Or in the air. Or in that ruddy NC clay that becomes our famous pottery.

There’s more to it than that. There always is. There are independent bookstores and community that comes with such things, like readers who are interested in ideas. Greensboro may be awash with writers and readers, but the opening of Scuppernong Books became the catalyst for community. The bookstore wasn’t a college campus because not all writers are born out of a MFA tradition. It wasn’t a library because you can’t buy books, beer and wine in libraries, at least, not in the ones around here. Greensboro’s independent bookstore became the little downtown space that could, and did.

One day, a customer walked in and looked around. He saw the vibrant literary community spilling out of Scuppernong’s doors, and he said, “What this city needs is a book festival!”

And so, it began.

I am excited and honored to be part of Greensboro Bound from the ground up. I recognized that ideas and creative imagination are more important than ever. Such things make us better people, better citizens, and just more interesting, in general. As a writer and a reader, I appreciate the many vibrant book festivals throughout the South. Greensboro Bound isn’t interested in being bigger or better. We want to offer something different, something that speaks to the bountiful world of stories and the community that comes from fearless, joyful engagement with the world.

—Deonna Kelli Sayed is a Greensboro-based writer with global connections. She is on the Greensboro Bound Organizing Committee. Follow Deonna on Twitter @deonnakelli, and learn more about her at dksayed.com 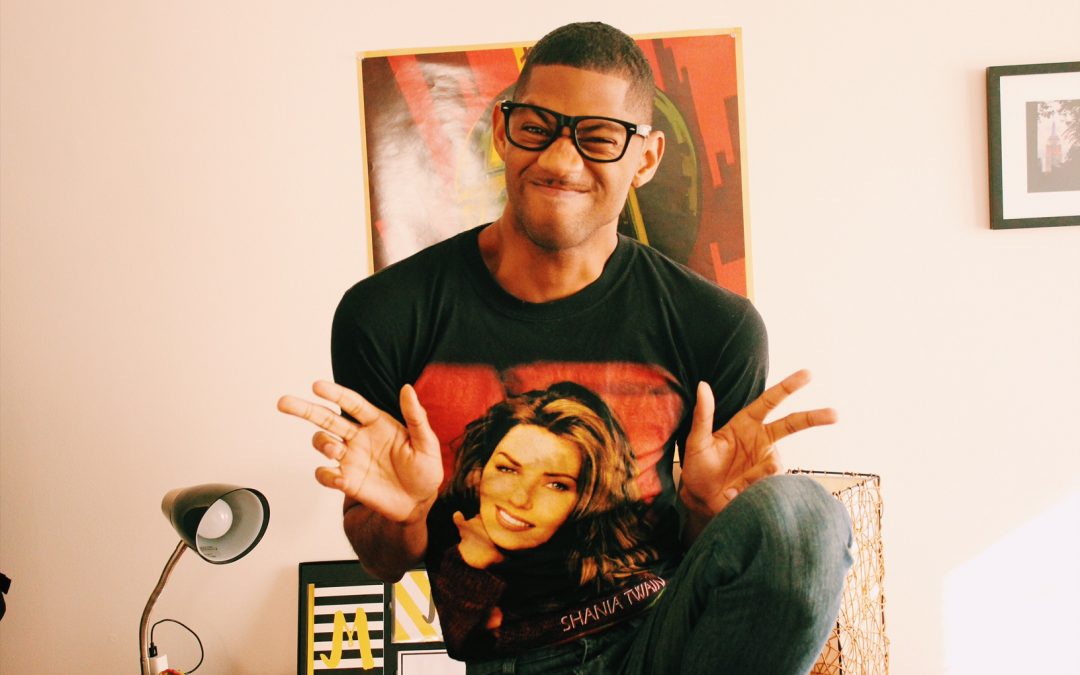 I am fascinated with words. I am fascinated by people. A literary Festival in Greensboro would let us celebrate both, at the same time, in one place, together. To me, this is not just amazing, but why writing and the telling of stories and exchanging of ideas exists in the first place. While books have transformed me many Sunday afternoons on my couch alone, I look forward to being around others who read like their next answer sits in the pages of someone’s book, somewhere.