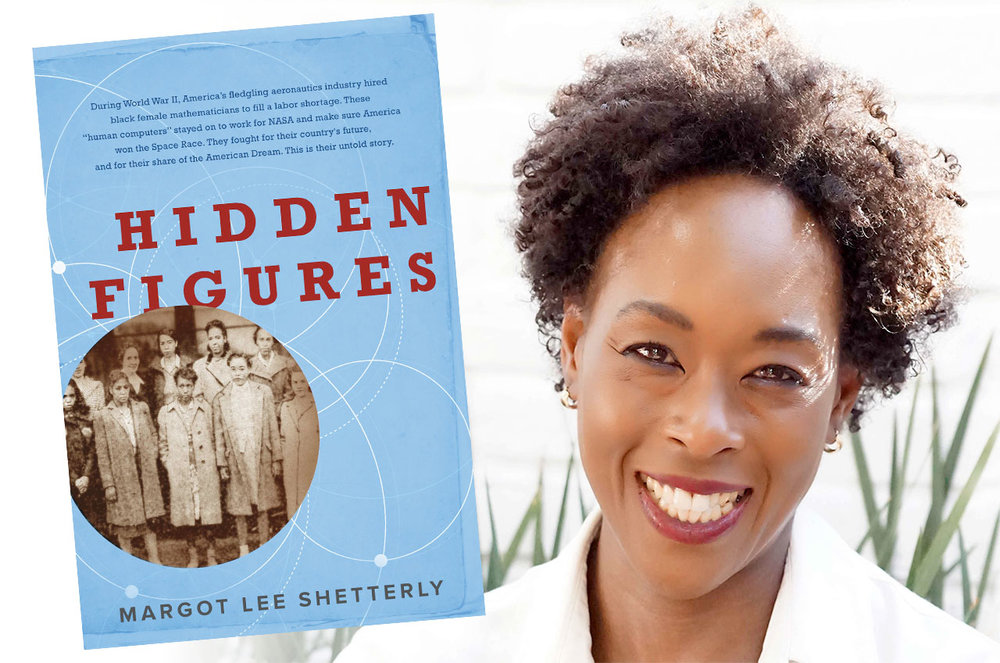 Here at Greensboro Bound, we’re not just building a festival, we’re building community. And when something awesome involving books is happening in Greensboro, we want to share that news.

Every two years, the Greensboro Public Library brings people together with its community-wide reading initiative known as One City, One Book (OCOB). The premise is simple: the Library chooses a book and challenges as many residents as possible to read and talk about it. For more than two months, people gather in schools and libraries, in parks and homes, and on the streets. And on Saturday, August 26, we hope the streets will be buzzing as the Library launches its 8th OCOB with a celebratory block party.

For the first time in OCOB’s history, the Greensboro community helped choose the book. After a selection committee whittled down the options, hundreds of community members weighed in and voted. The winner? Margot Lee Shetterly’s Hidden Figures: The American Dream and the Untold Story of the Black Women Mathematicians Who Helped Win the Space Race. The book schools us on the invaluable contributions black female mathematicians made to NASA’s space program, all while living in the midst of Jim Crow, the Civil Rights Movement, and the Cold War.

Maybe you already know about these awe-inspiring women called “human computers.” The book made the New York Times bestseller list, after all. Maybe you’ve seen the Oscar-nominated movie starring Octavia Spencer, Janelle Monáe, and Taraji P. Henson – who, for the record, entered college as an engineering major at N.C. A&T (Aggie Pride!). Or maybe you’ve heard about Greensboro’s many connections to Hidden Figures; the real-life daughter of Henson’s character calls the Gate City her home, and many of NASA’s early female recruits came from what’s now UNCG. Whatever the case, here’s your chance to read the book, see the blockbuster film at LeBauer Park, and participate in important conversations about civil rights, racial and gender justice, and persistent inequities in STEM fields, our nation, and our community.

Book discussions (a.k.a. real talk about real issues) ground the project. But in true OCOB fashion, the line-up also includes family-friendly, fun events and programs that move beyond the book. There will be rocket launches and drone demos, vintage fashion shows, live radio broadcasts, and old school Sci-Fi films. You can try your hand at some kitchen chemistry or explore coding. Meet some of Greensboro’s own “hidden figures,” like members of local immigrant and refugee communities, or women entrepreneurs working in holistic therapy, yoga, and personal care. Learn about “hidden epidemics” like domestic violence or “hidden issues” like those affecting individuals with disabilities.

OCOB is about a book, but it’s about much more. So read the book and join the conversation. Be a part of the community.

For a complete calendar of One City, One Book programs, including Margot Lee Shetterly’s September 28 visit, click here. 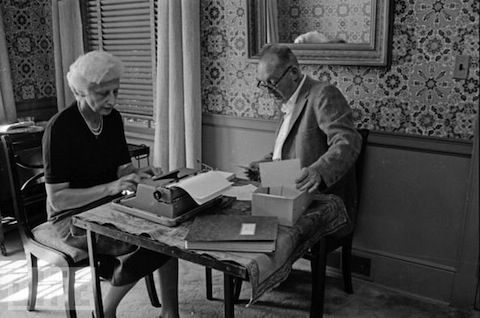 Participate as an Author in Greensboro Bound

They say you can’t swing a cat in North Carolina without hitting a writer.

Here at Greensboro Bound, we think that’s a good thing. After all, you can’t have a literary festival without writers!

In putting together our roster of talent for the festival on May 18-20, 2018, we are looking around and beyond North Carolina as we strive to assemble a dynamic and inclusive mix of voices and genres. We seek writers who want to read from their work, take part in panel discussions, and sign books. Additionally, we hope to find a few brave folks who might also want to experiment with something beyond the usual festival fare.

Are you in a band? Interested in cycling or crafting? Ready to lead an architecture or food walk through downtown? Itching to perform stand-up comedy in a late-night venue? Don’t be afraid to suggest non-traditional ways of talking about writing and your work.

To be considered as a festival participant, you must have had a book published in print form in 2016, 2017, or 2018 by a traditional publishing house, independent, or university press. Your book must be available for distribution at a returnable trade discount from either publisher or one of our regular distributors. (Please note: Amazon.com is not considered a distributor.)

If you are selected to participate, we will endeavor to make your time in Greensboro as fun and rewarding for you as it is for the festival attendees. We love and respect writers, and we believe in treating them right.

Invitations to participate in the festival will be issued on a rolling basis through February 1, 2018. To apply, visit our application page. 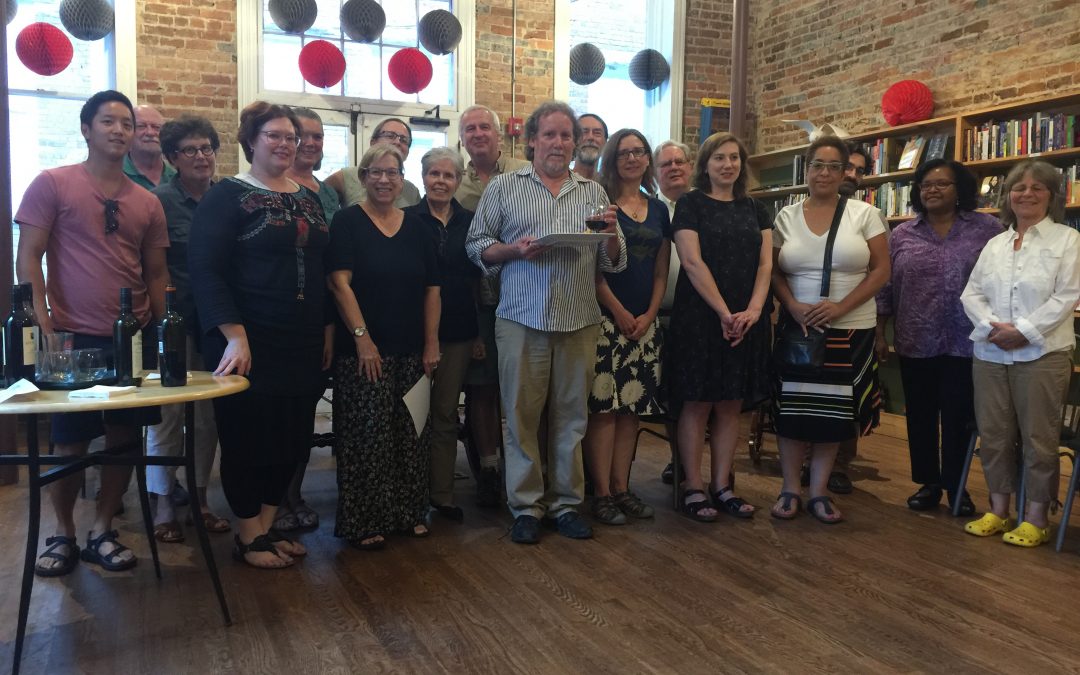 A Short History of Greensboro Bound

Often, the most rewarding projects begin by accident. An offhand comment, a shared wish, just a simple daydream, is voiced, then developed, gathering force as it passes through hands and minds.

When Steve Colyer walked into Scuppernong Books in late 2016 and said, “I think Greensboro needs a book festival!,” he had some idea of what he meant. He’d been a part of the Miami Book Fair, the largest book festival in the country, before moving to Jamestown, NC.

He was in the right place, of course. The folks at Scuppernong are willing to entertain any impossible idea. Yet, it turned out the idea wasn’t that impossible. The bookstore became a focal point for engaging people in the Greensboro reading community, and by January 19 the first steering committee meeting came together on a Sunday evening.

The steering committee, a large group comprised of readers, writers, students, community organizers, and professionals began to work out what a book festival in Greensboro might look like and how it might work.

Throughout the winter and spring of 2017, the steering committee met regularly, forming committees and sub-committees. On March 16, The Greensboro Literary Organization filed for non-profit status, which was granted on July 24.

In the meantime, committee members worked to come up with a name, a logo, a mission statement. We began to look at venues throughout the city to house the festival over a weekend in May 2018. We talked to people who ran book festivals in Miami, Charlottesville, and other locations in North Carolina, then generated a survey to gather suggestions concerning authors and programming from the wider Greensboro community. We also began to think about programming throughout the year.

On July 19, 2017, Greensboro Bound: A Literary Festival offered its first program, “Women’s Work: Writers on Truth, Beauty, and Creativity” at Scuppernong Books. This event brought together six women writers to talk about the joys and challenges of writing as women. Other events are planned throughout the fall.

The festival will take place May 18-20, 2018. You can be a part of the adventure. Volunteer, donate, or apply to participate as a visiting author at www.greensborobound.com.

Greensboro Bound: A Literary Festival celebrates diverse voices from around the world, honors North Carolina’s long and varied literary tradition, and welcomes an inclusive community of readers from Greensboro and beyond.

Greensboro Bound will bring outstanding writers of poetry, fiction, nonfiction, and young adult and children’s books to our community and into our schools. It will encourage committed readers to further engage with literature, and spark new enthusiasm for reading among beginners. By promoting reading and civil public discussion, the festival will bridge social and cultural divides across our city and region. Greensboro Bound will foster an understanding of writing as a process that allows free expression, deepens critical thought, and helps sustain a culture of inquiry and delight that is open to all.