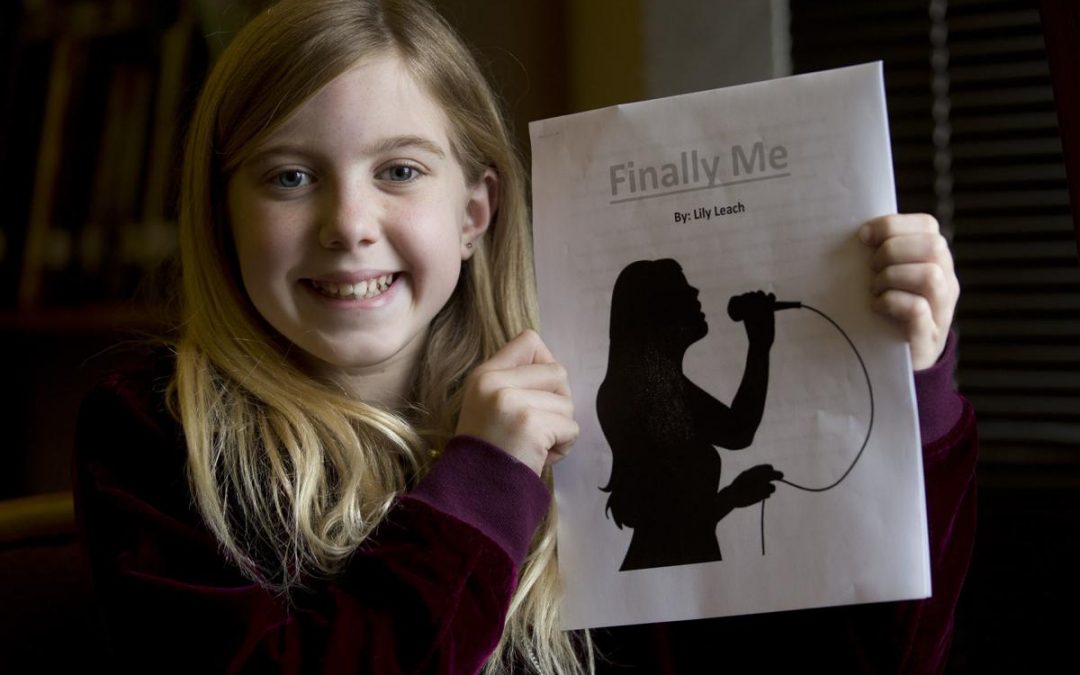 Finally Me! is Greensboro Bound

Near the end of school last year in Guilford County, fourth grader Lily Leach submitted her script to the popular ‘Write Your Own Opera’ contest. The winning entry would be cast, set to music, and performed. The contest, which also carries the name of Barbara Ann Peters, the former executive director of Greensboro Opera, is a collaboration among groups and local professionals who want young people to know that opera can be funny and interesting.

Lily’s story began on the first day of sixth grade for a character named Danyelle, who is sleeping. When her mother comes to wake her, her older sister, Ella, already is dressed and anxious to get to school. As the story unfolds, Danyelle feels the pressure to dance like her sister, who is as graceful as the ballerina they’ve seen in “Swan Lake.” When she dances in a performing arts class, the teacher tells her it doesn’t look as if she is having fun. ‘Finally Me!’ is the story of learning to be yourself in the face of the expectations of others.

David Holley, the director of opera at UNCG, was excited when he discovered Lily’s script among the submissions and immediately began visualizing a production.

He called on composer Mark Engebretson, whom he had previously worked with at Opera at the Carolina productions. UNCG students were cast as the characters Lily had written

For the opera’s big musical score, Engebretson tapped into the popular pop and rock music his own children were listening to — which often included a catchy and repeating hook. The 15 minute opera premiered in February and students were brought in from across the county to see the opera performed at the historic Carolina Theatre in downtown Greensboro.

Those attending Greensboro Bound will get a chance to see this unique opera on Saturday, May 19 at 1:00 pm in the Van Dyke Performance Space at the Greensboro Cultural Arts Center. This performance is free and open to all. 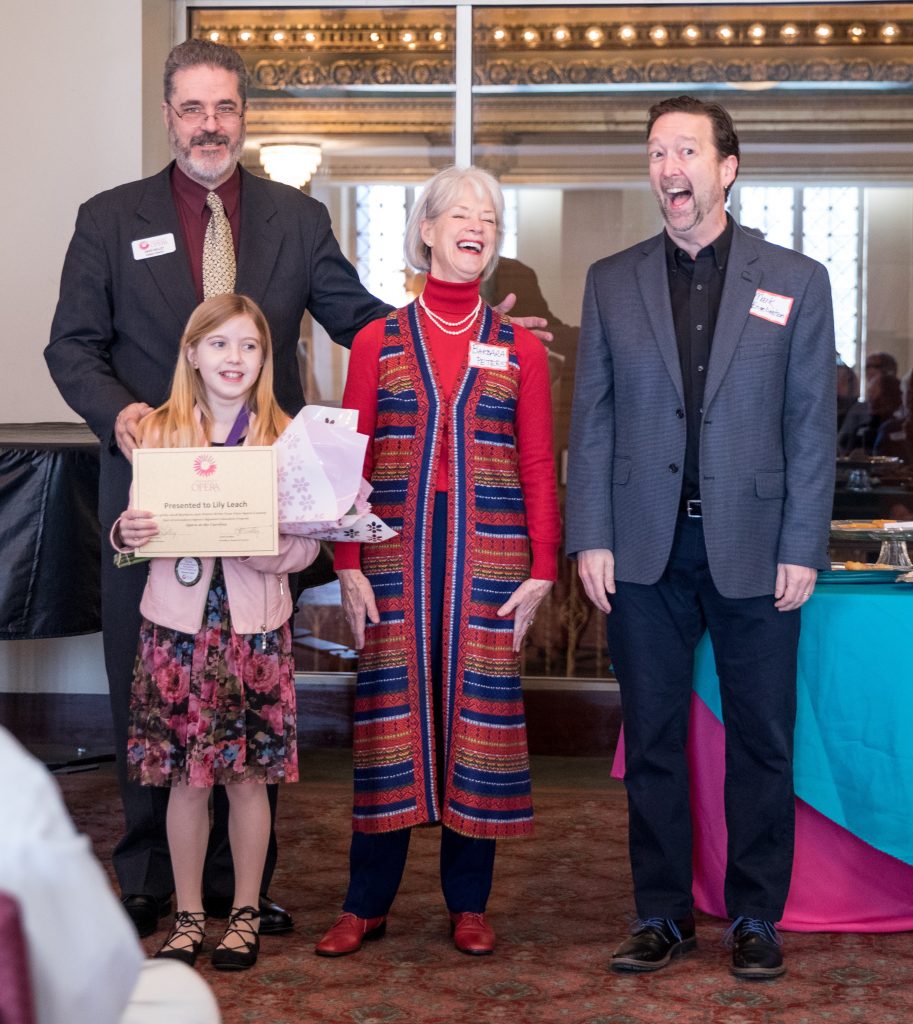 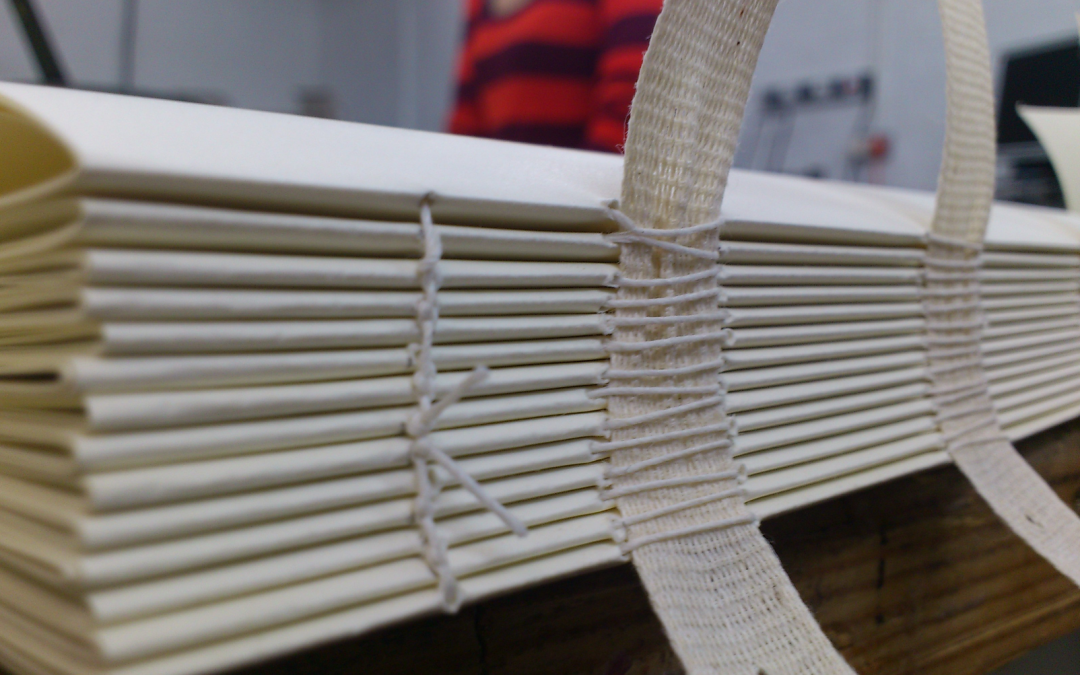 the energetic publishing environment of North and South Carolina. 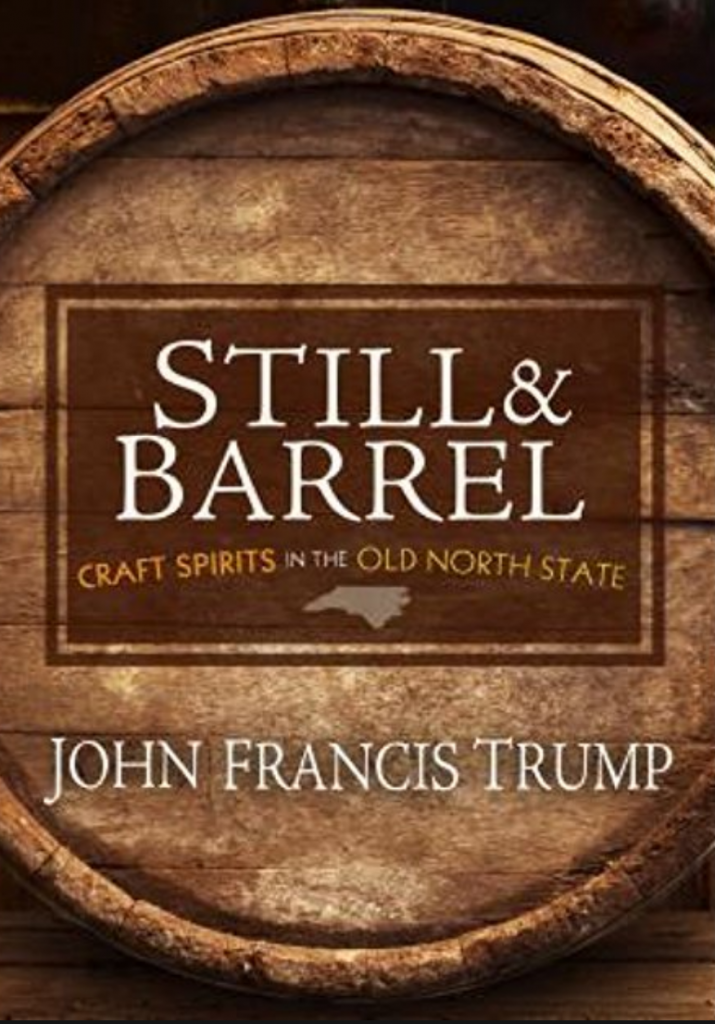 Blair is a new, nonprofit press combining the lists of Carolina Wren Press and John F. Blair, Publisher. They strive to publish quality writing, focusing on authors and subjects historically neglected by mainstream publishers, including women, people of color, authors with disabilities, and LGBT authors. True to their roots in North Carolina, they look to the many voices of the South–and beyond–as sources of work and inspiration. Their most recent publication is the novel Beaut by Donald Morrill.

The Blair Publishing panel will take place on Saturday, May 19 at 4:30 pm in the Nussbaum Room of the Central Library. It will feature publisher Lynn York and authors Quinn Dalton, Jeremy B. Jones, Sara Ficke, Erick Myers, and John Francis Trump. 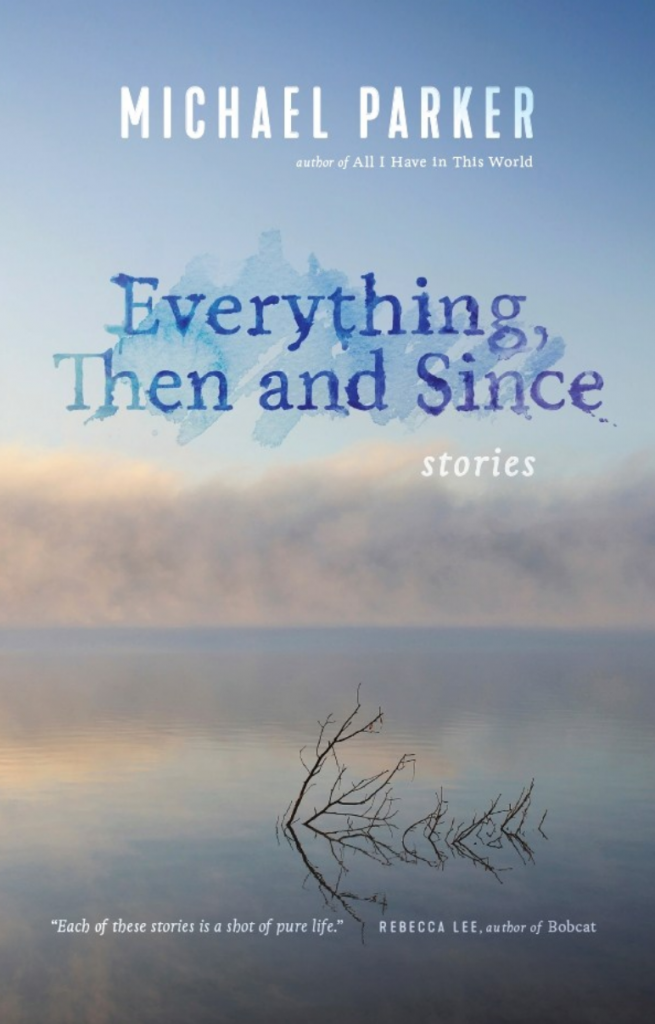 Bull City Press was born in 2006. They currently publish a small quarterly magazine, Inch, and poetry chapbooks through the Frost Place Chapbook Competition. In 2015, they launched a line of fiction and nonfiction chapbooks when we merged with Origami Zoo Press. One of their most recent titles is Michael Parker’s Everything, Then and Since.

The Bull City Press panel will take place on Saturday, May 19 at 11:15 am in the Nussbaum Room of the Central Library. It will feature Associate Editor Julia Ridley Smith and authors Ellen Bush, Michael McFee, and Emilia Philips. 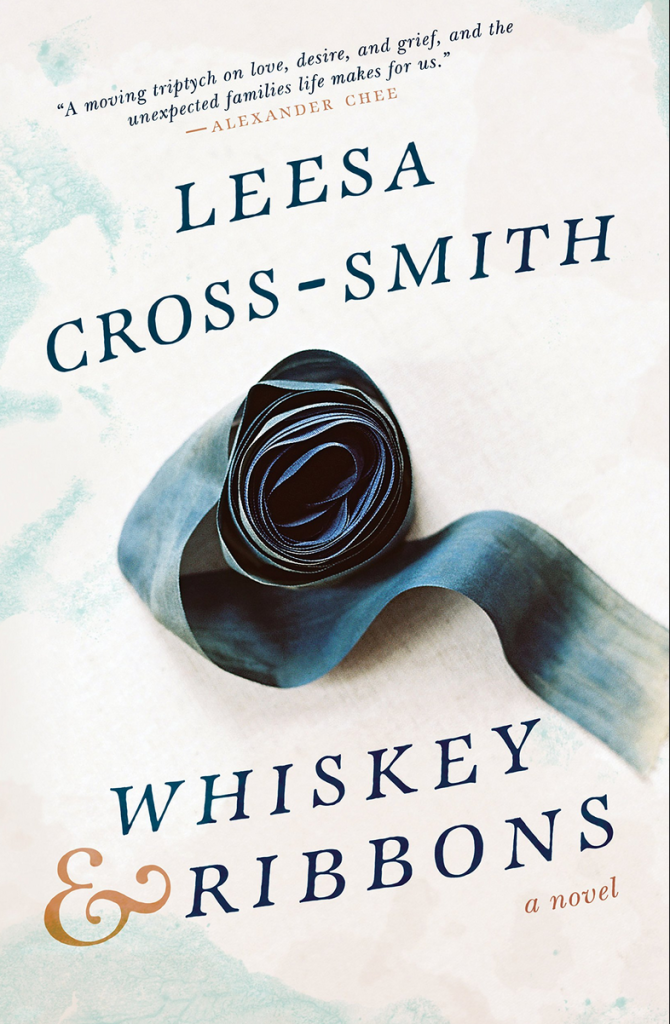 Founded in Spartanburg, South Carolina in 1995, Hub City Press has emerged as the South’s premier independent literary press. Focused on finding and spotlighting new and extraordinary voices from the American South, the press has published over eighty high-caliber literary works, including novels, short stories, poetry, memoir, and books emphasizing the region’s culture and history. One of their most recent books is Whiskey and Ribbons by Leesa Cross-Smith, who will be appearing at the festival.

The Hub City panel will take place on Saturday, May 19 at 2:00 pm in the Nussbaum Room of the Central Library. This panel will feature authors Leesa Cross-Smith, Scott Gould, and Thomas McConnell. Press 53 is located in Winston-Salem, North Carolina and has been finding and sharing remarkable voices since October 2005. They have earned a reputation as a quality publishing house of short fiction and poetry collections. Press 53 celebrates its 200th title with the publication of NC Poet Laureate Shelby Dean Stephenson’s Our World.

The Press 53 panel will take place on Saturday, May 19 at 3:15 pm in the Nussbaum Room of the Central Library. It will feature publisher Kevin Watson and authors Maura Way, Ray Morrison, Gabrielle Brant Freeman, and Joe Mills. Unicorn Press was founded in 1966 in Santa Barbara, CA, and in 1972 it moved to Greensboro, NC. By then, it was the sole responsibility of Al Brilliant, who had founded the press along with Jack Shoemaker. Believing that readers should spend at least as much time reading a poem as the poet did writing it, Unicorn has produced poetry in every form: post cards to books: poems as individuals. Today, the press focuses on handbound chapbooks and smaller cohesive sheaves of poetry. Their most recent publication is DAY KINK by Tristan Allen Jih & Adam Vines.

The Unicorn Press panel will take place on Saturday, May 19 at 10:00 am in the Nussbaum Room of the Central Library. It will feature publisher Andrew Saulters and poets Amy Wright, Mark Smith-Soto, and Charlotte Matthews. 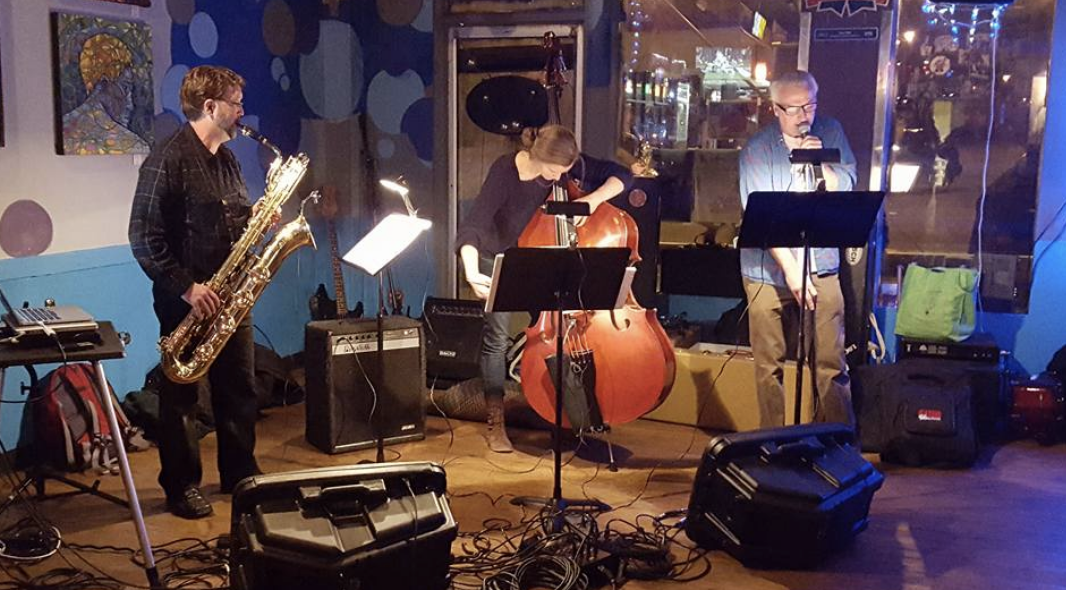 Not only is Greensboro Bound bringing you over 50 programs and over 80 authors in three days, we’ve scheduled exciting and stimulating after hours events on both Friday and Saturday nights beginning at 8:30 pm. Here’s a taste of what you can find at downtown venues after the last speaker of the day. All events are free. Because that’s how we roll.

Lorena and Alejandro will be playing City of Webs, music composed by Rutty in collaboration with Michael Basinski based on his poem of the same title.

The set will include pre-recorded sounds, keyboards and voice.

An Engaging Evening of Words with Josephus III

As a performance artist, Josephus displays his talents in a variety of venues including museums, galleries, universities, corporate settings and stage productions. He has performed for Oprah, opened for Kanye West and Floetry, shared stages with The Last Poets, traveled to Australia, London, Seoul, and South Africa as well as back and forth across the United States.

Prior to publication of his novel, Cloud Diary, Steve Mitchell put out a call for musicians to respond to short scenes from the book. Nineteen musicians responded with twenty five original pieces of music. Laurent Estoppey and many others will be on hand to perform, with occasional short readings by Mitchell between songs.

From Page to Stage, Ashley Lumpkin and Friends

Ashley Lumpkin is a Georgia-raised, Carolina-based writer, editor, actor, and educator. She is the author of three chapbooks, {}, At First Sight, Second Glance, and Terrorism and Other Topics for Tea, and one full-length collection,#AshleyLumpkin. She’ll be joined by Angelo ‘Eyeambic’ Geter, Monifa (SelahthePoet) Lemons, Morgan Renae Myers, and Jay Ward, to deliver some of the best performance poetry in the country.

Chris Stamey is a singer, songwriter, and record producer, as well as a founding member of the dB’s and the author of A Spy in the House of Loud.

He’ll have a conversation with music writer Eddie Huffman, followed by a short performance.

The music of John Prine and Bars and Blues music played by a number of musicians, in conjunction with Eddie Huffman’s biography of John Prine, John Prine: In Spite of Himself, and Emily Edwards’ book Bars, Blues, and Booze: Stories from the Drink House.