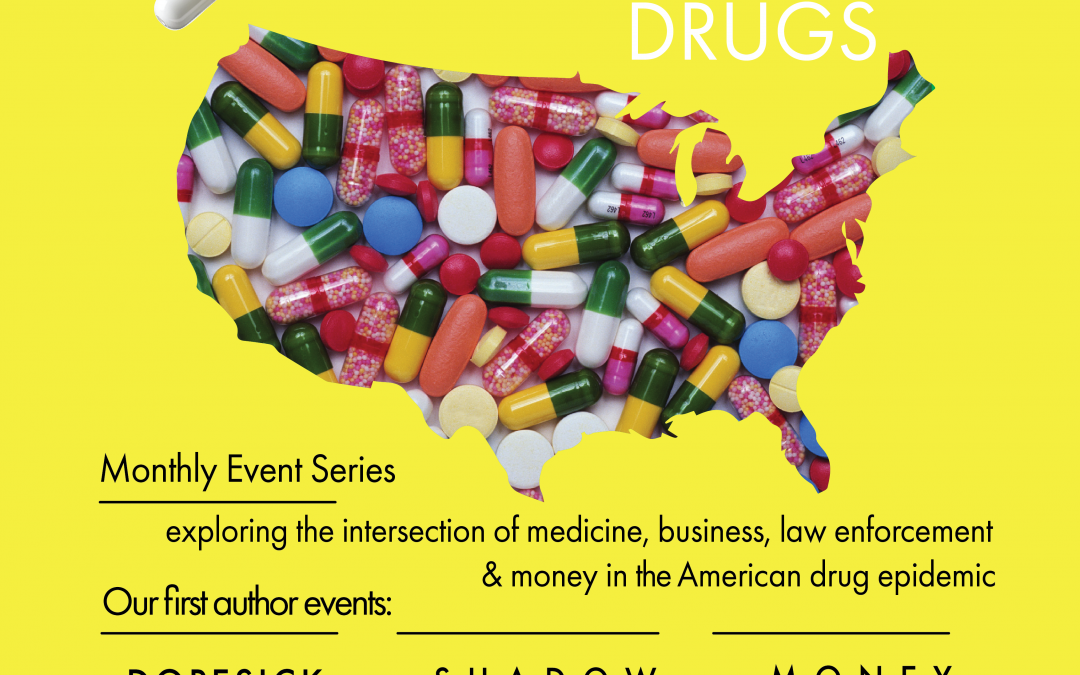 This Is Your Country on Drugs

A new series, This Is Your Country on Drugs, sponsored by Greensboro Bound, explores the intersection of medicine, business, law enforcement, and money in the American drug epidemic by bringing in the best non-fiction authors and experts.

The series begins on August 15 with author Beth Macy. Macy is the author of the national best sellers, Factory Man, and Truevine: Two Brothers, A Kidnapping, and a Mother’s Quest: A True Story of the Jim Crow South.

Macy’s new book, DOPESICK: Dealers, Doctors, and the Drug Company that Addicted America plunges into the opioid crisis in Appalachia, from the early days of Purdue Pharma’s relentless marketing of its new drug OxyContin to an upper middle-class Roanoke suburb where white teenagers begin dying of opioid overdose.

From a single doctor in the poorest region of Appalachia to an ambitious District Attorney committed to holding Big Pharma accountable, from overworked law enforcement and judges attempting to contain the crisis to grieving mothers, splintered families, and strung out children, Macy tells these stories with a clear eye for detail and a searching humanity.

Beth Macy will speak at Scuppernong Books on Wednesday, August 15 at 7pm. Tickets are $30, which includes a hardcover copy of DOPESICK.

Patrick will talk about his encounters with traffickers, vigilantes, motorbike bandits and others in Asia. He says, “It’s sort of a true crime book but I argue that the true crime genre too often fixates on deranged minds — whereas, in my experience, most criminals are rational actors in extreme circumstances.” In addition, he’ll discuss how their lives have been warped by geopolitical forces, including past U.S. foreign policy misdeeds.

On Wednesday, October 17 at 7pm, Pam Kelley will be at Scuppernong Books to discuss her book, MONEY ROCK: A Family’s Story of Cocaine, Race, and Ambition in the New South. Pam is a former reporter for the Charlotte Observer who has won honors from the National Press Club and the Society for Features Journalism.

MONEY ROCK is the story of Belton Lamont Platt, eventually known as Money Rock, a shoot-out, a botched FBI sting and Money Rock’s fate at the hands of a judge nicknamed ‘Maximum Bob.’ It’s a deeply American story that will leave readers reflecting on the near impossibility of making lasting change—in our lives or as a society—until we reckon with the sins of our past.

Over the next weeks, we’ll be adding more events to the This Is Your Country on Drugs schedule.

Please join us for these fascinating, thought-provoking events. For more information, call 336-763-1919. 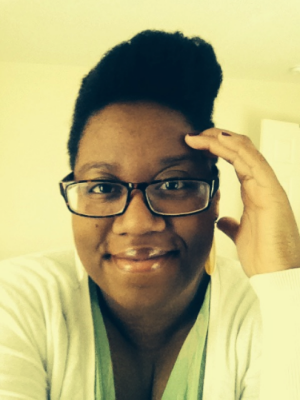 Greensboro Bound launched a curated Open Mic series, First Draft, in April. The concept behind First Draft is simple: invite a few writers from different stages of their literary careers to read works-in-progress, then open part of the program up to audience members who want to read their works-in-progress. First Draft seeks to build writing community across levels of experience and genres. All writers, all bodies, all folks, are welcome. Perfection is absolutely not required.

The back of Scuppernong Books transformed into a bonafide literary salon. From the Goblet of Readers came high school students, bloggers, storytellers, poets, and so many more. 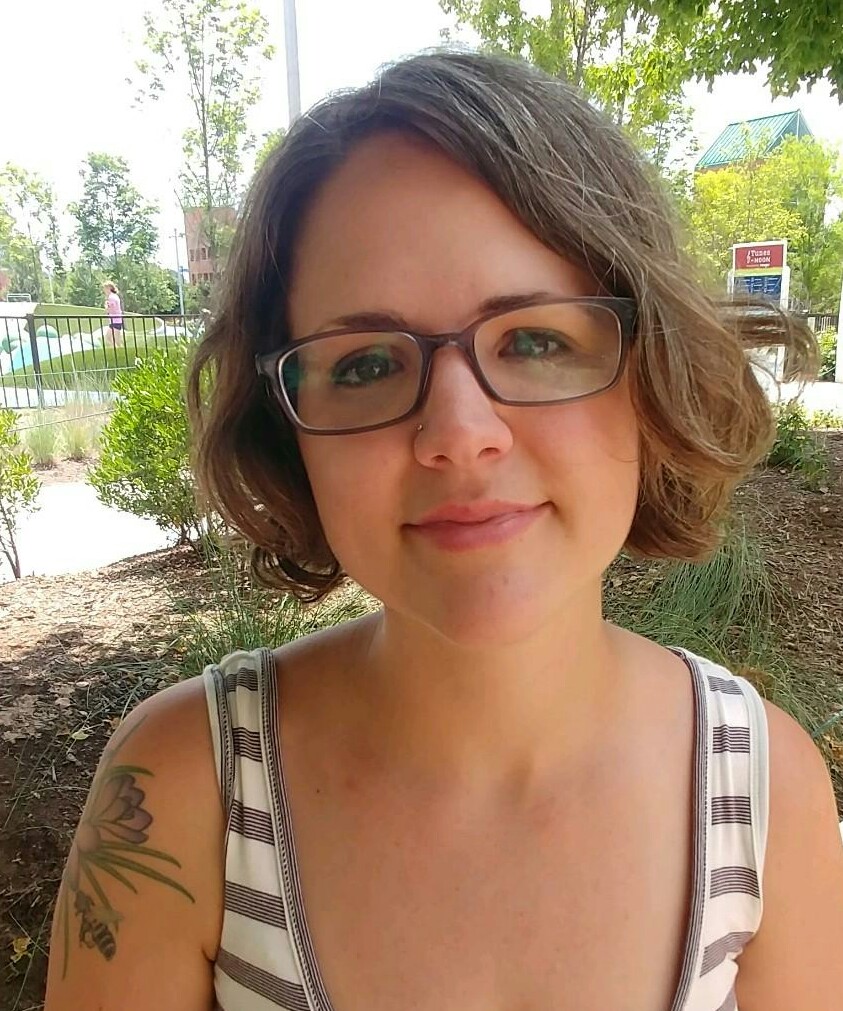 Shannon Jones is a bookseller and mother of two who writes frantically in the spare minutes between parenting and working. Never having ascribed to the idea that art and science are alien worlds, she continued writing fiction while earning her BS in Biology from Appalachian State University. She can usually be found outdoors or behind the counter at Scuppernong Books, where she has been known to press piles of her staff picks upon unsuspecting customers. 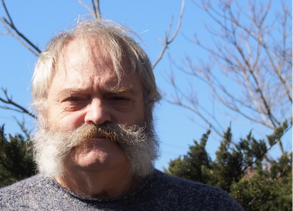 Ray Whitaker has been writing both prose and poetry since he was seventeen. He has two books published, and two at publishers for consideration. Currently Ray is working on another book, his fifth.  He draws on many of his work experiences in healthcare for inspiration. Ray does readings around the state, and is a member or the North Carolina Poetry Society and The Winston-Salem Writer’s Group. He has thrice been a “Writer-in-Residence” at the Weymouth Center For The Arts and Humanities in Southern Pines, NC.  Learn more about Ray here.

A North Carolina native, Krystal A. Smith (i.e. K.A. Smith) is a Black lesbian writer of poetry and speculative fiction. Her poems have appeared in Tulips Touching (2011) and recent short stories have appeared in Ladylit Publishing’s Summer Love: Stories of Lesbian Holiday Romance (2015) and Lez Talk: A Collection of Black Lesbian Fiction (2016). Krystal holds an M.A. in English from Western Carolina University, and a B.A. in English from Appalachian State University. She is the author of Two Moons: A Collection of Short Fiction (2018). Twitter: @authorkasmith

Open Mic slots are available and will be drawn from the Goblet. Open mic readers get 5 minutes. If your name doesn’t fall from the Goblet this time. Don’t worry. First Draft will be a quarterly program.